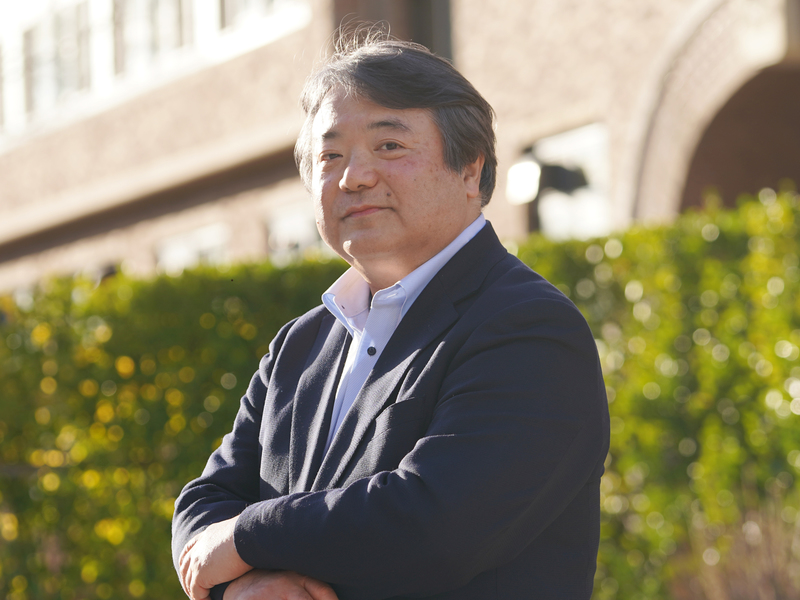 Keiichi Torimitsu (Professor, Graduate School of Engineering, Tohoku University) is passionate about the lifestyles that pioneering, multi-functional fabrics will produce in the near future

The Incredible Potential of Sensing-Capable Fabric

Using a seemingly ordinary piece of black cloth, Torimitsu begins his speech. His passion comes naturally, as this cloth has a great deal of potential. At first glance, it doesn’t seem different from your usual material - but secrets lie within.

If you look more closely at the device electrodes are attached to the black cloth, which is draped on a clear plastic plate. Torimitsu then reaches his hand in through the cloth to explain, “its sensing abilities are currently suppressed, but just by doing this makes it respond.” This seemingly ordinary piece of cloth has the ability to sense someone’s presence “without using ultrasound or infrared”. “Curtains, wall coverings, even stuffed animals can be used for monitoring,” he explains. Torimitsu aims to use this technology to send and receive messages and hopes to apply it to human communication.

The fabric is a new material that can conduct electricity, enabling excellent contact-free sensing. Various fields have potential applications: sports, medicine, and health are within view and its characteristic of “biocompatibility” garners particular attention. Torimitsu is trying to make natural materials, like silk and Japanese paper, multi-functional.

He is operating a device in his lab that consists of 4 electrodes made of Japanese paper arranged on the seat of a chair. He says it senses the load when someone sits on it and monitors the slightest of movements. So naturally, I sat right down on it.

The device is able to measure and compare the load on both hips and thighs just by sitting on it. “Your right hip is slightly lighter than your left”, he informs me, “plus, there’s a greater load on the front. I wonder if you normally tend to lean forward”. Torimitsu told me that if I continued to sit like this, it could cause problems in the future.

Even though a person sits for only a few minutes, Torimitsu can accurately highlight any distortions in their posture. The real-time data is displayed on the monitor and updates every 1/10 of a second, displaying in an easy-to-understand histogram displaying the condition of their posture. This real-time analysis allows the user to correct their posture in real-time.

If used in this way, the device can measure physical data across long periods of somebody's life. This would be a non-intrusive and stress-free method of monitoring posture; simply sit down - no extra devices to strap to or wrap around your body.

Torimitsu proposes, “Right now it's part of a chair, but what if it’s your bedsheet? Or the insole of your shoe? The time you spend sleeping, sitting or standing can be gathered as data over the course of a day. Then if it’s accumulated for a week, a month, or even a year, we could then see the changes over time or seasonally.”

Those are just two examples of experiencing these rather simple devices. With even just a small experience of it, you can imagine right away its place in our lives in the future. The potential of this fabric is just too vast. Examples of applications are sure to propagate in line with people’s needs and ideas.

Nowadays, Torimitsu is researching medical engineering at Tohoku University, but he used to be known as “Dr. Bean Sprouts.” At university, his major was measurement engineering. Under the guidance of his professor, Torimitsu measured and evaluated the cellular activity of organisms; he studied bean sprouts, as they are cheap and easy to handle. His research theme was interdisciplinary, which was quite unusual in engineering at the time.

He recounts that “We used NMR (nuclear magnetic resonance) to analyze behavior at the cellular level and control growth electrically. We were using it to try and grow HUGE bean sprouts," he laughs. "When you measure the electrical potential of sprouts, it is negative at the root and if there is a potential gradient, then it can take up nutrients. There is also a certain rhythm to the absorption of nutrients and if you can speed up the rhythm, you can make them grow several times larger.”

After receiving his doctorate with this thesis, Torimitsu became known as Dr. Bean Sprouts. Torimitsu was then hired by NTT where he conducted brain research. During this research, he focused on memory learning and approached it by breaking down the brain to the cellular level and restructuring it like an engineer. He says he did medical research on creating “artificial synapses” and connecting them to a machine acting as a brain.

That research necessitated culturing the brains of animals and measuring them with electroencephalograms. Brain cells are extremely delicate and easy to damage, so he used glass electrodes. However, the hardness of the glass proved problematic. Even trying plastic polymer film resulted in sharp, hard points if any wrinkles formed.

“I was looking for a material that would be biocompatible, something like a soft fabric. Of course, things like that don't conduct electricity. While studying it, I found that PEDOT, a conductive polymer used in LCD panel materials, offered good compatibility. PEDOT is a material that exhibits interesting properties, according to the combination of the base material and its solvents.”

Coming up with this idea may be unique to Torimitsu due to his wide span of experience; beginning with developing bean sprouts; his familiarity with plant cells, animal cells, and living organisms in general; plus being well-versed in materials engineering. Torimitsu thrives in particular in pursuing the quality of materials as he took up interdisciplinary studies.

When he cultured neurons on PEDOT, the cells began to spread onto the electrodes - Eureka - they ‘liked’ it! He obtained consistent data over a long period and they exhibited good conductivity.

He says, “Silk is made of proteins called sericin and fibroin and it is extremely biocompatible. I thought that if I could get a polymerization reaction with PEDOT-PSS or PEDOT-PTS, I could produce a biological function measuring tool like never before.”

When electrodes were made of this new electrode thread and silk (or Japanese paper) and put onto the brain cells of a bird, brain wave changes were exhibited - indicating growth. An increase in brain activity was also observed just before hatching. This confirmed the performance of the material in a wet environment inside a living organism.

At present, applications of this electrode to human medical treatments, such as deep brain stimulation, are being sought.

Heads-up! Silkworms to Lead to an Amazing Future

In 2015, Torimitsu established an on-campus venture, AI Silk Corp. This has made the development of diverse products from conductive, natural fibers more realistic. At present, he is working on the development of stretchable materials, intending to expand the development of electrode threads. The aim is to produce a material capable of sensing without having to stick it on or wrap it around one’s body.

Torimitsu sees it being attractive as the natural fibers of the cloth act as electrodes and are used as the sensors, making ECGs and EMGs possible when applied directly to the skin. “Even without direct contact, things like weight, specific gravity and position can be detected”. The applications extend even further, “Motion can be detected simply by wearing the cloth, eliminating the need for additional equipment, such as a camera”. He even posits a gloved input device to replace typing on a keyboard.

“It can also block radio waves. Silk also acts as an air battery, so in the presence of a little water, it can generate about 1.5 volts,” so the benefits are endless. The more you hear, the clearer how close the future of this material is.

“If we talk a bit about the distant future, we would like to experiment in space,” says Torimitsu. It is said that silkworms spin silk 1.5 times stronger in space compared to on the ground, as no refining process is required to remove excess protein.

To make a silkworm colony in space, all you would have to bring is the silkworm eggs themselves. Once grown, adult silkworms are made into food. Once the silk is woven, you can make clothes, or if used as electrodes, people’s health can be monitored or used as a source of power.

Can silkworms be used to create the ultimate minimalist ecosystem?

Torimitsu believes silkworms are an all-mighty organism and partner for humans.

Keiichi Torimitsu
Born in 1958, Keiichi Torimitsu received his Ph.D. in Instrumentation Engineering from Keio University in 1986. In the same year, he joined Nippon Telegraph Telephone (NTT) Basic Research Laboratories and engaged in neuroscience research. In 2012, he became a professor at Tohoku University and was also a visiting professor at Oxford University for 13 years. His primary research interests are neuroscience, nanobiotechnology, and medical engineering. Since 2010 his research interest has primarily been on electrode research using silk and washi (traditional Japanese paper). 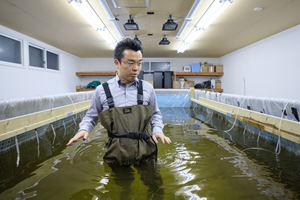 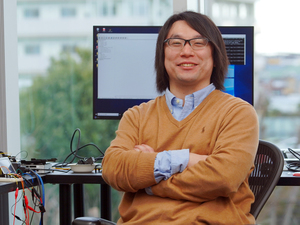 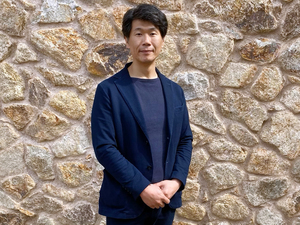 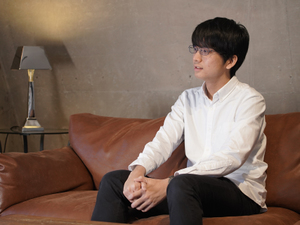 VFX; inheriting the legacy of SFX from Japanese movies 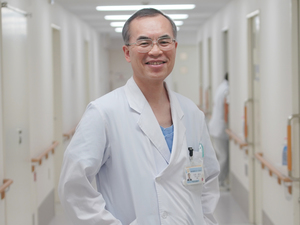 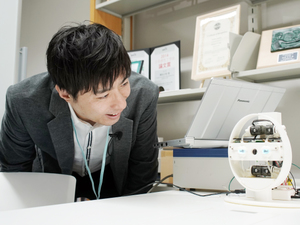 Can an irresistibly lovable robot be produced? 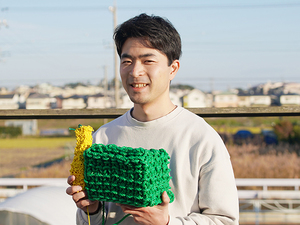 The day when 3D knitting machines will surpass 3D printers 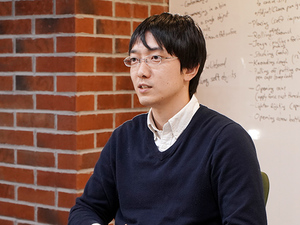 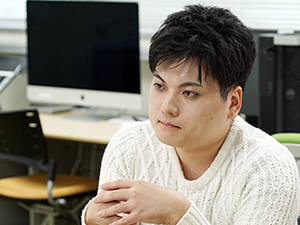 An “incontinence” entertainment experience! An experience of sensory exploration that delves into the mysteries of humanity!

See Our InnoUvators in Action 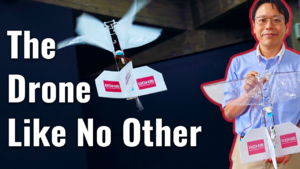 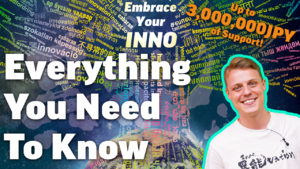 Everything You Need to Know About INNO-vation - Applications Open Until August 2nd 09:00 AM GMT 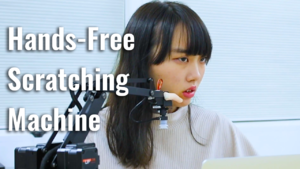 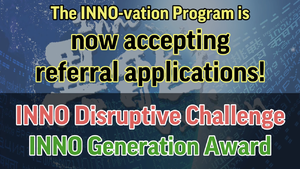 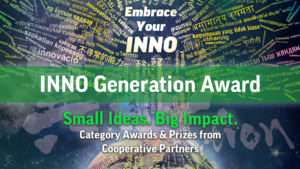 The INNO Generation Award: Rewards for Your Ideas! 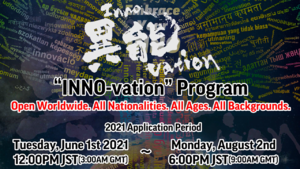 The INNO Disruptive Challenge: How InnoUvators Are Made 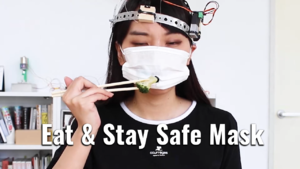 The Mask that Allows You to Eat 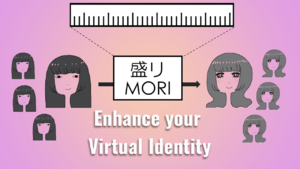 Cinderella Technology - Discovering Your Own Mori 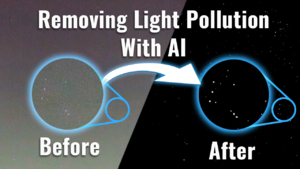 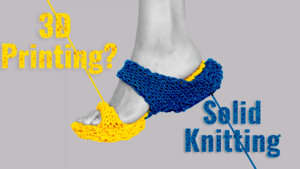