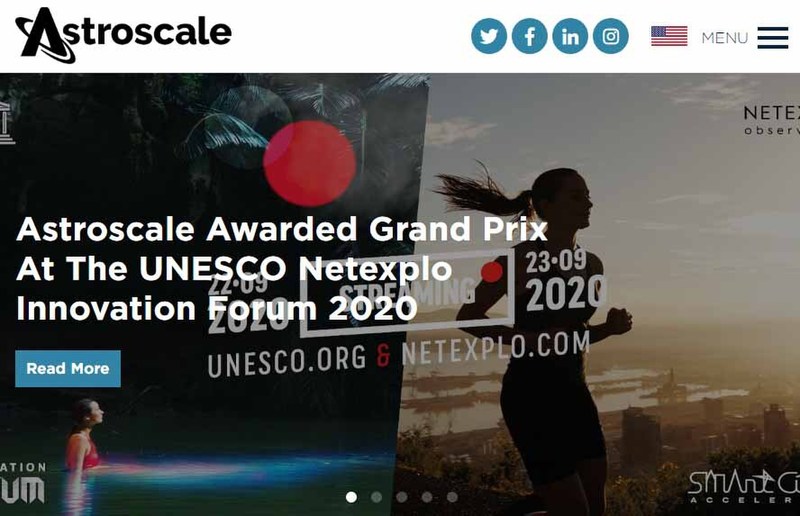 Astroscale Holdings announced on October 13 that it had raised approximately ¥5.5 billion (about $52.27 million) of additional funding in a Series E round.

The funds were raised through a third-party allocation of shares. In addition to funding from I-NET previously announced in May, the round was backed by a fund managed by the lead investor, AS aSTART No. 1 Investment Limited Partnership (aSTART), Shimizu Corporation, Hulic and the Space Frontier Fund operated by Sparks Innovation for Future. The company's cumulative funding has now reached approximately ¥21 billion (about $199.56 million).

Astroscale is the world's first private enterprise working to develop a space debris removal service. By maintaining the sustainability of orbital operations, the service aims to ensure the safe passage of spacecraft for future generations. Since its founding in 2013, the company has raised funds approximately every year and a half, growing into a global company with about 140 employees in 5 countries. In the United Kingdom, a state-of-the-art national orbital service control center has been established in Harwell, Oxfordshire. The center will serve as an operational base for missions to carry out in-orbit servicing operations. Currently, the center is said to be preparing for the operation of the ELSA-d mission. ELSA-d's demonstration satellites for large debris removal are scheduled to be launched this fiscal year.

The company opened a US office in 2019, which is approaching the debris problem from the perspective of business development and legal regulations. The US office promotes close communication with policy makers and leaders from each industry. It also established an Israel subsidiary in June to lead technological development of satellite life-extension services.