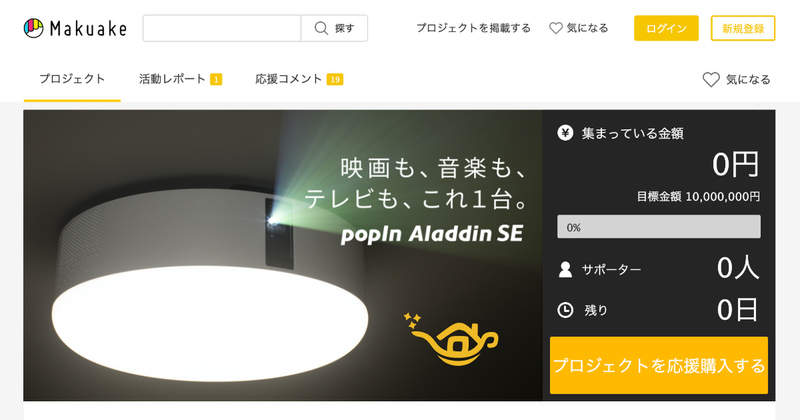 popIn Aladdin is a ceiling light integrated with a projector loaded with diverse entertainment. It has a projector, speaker, and ceiling light all in a single unit. It can be easily installed in bedroom where you can enjoy the projected entertainment or spend a memorable time with your kids.

The popIn Aladdin SE has the same shape as the original popIn Aladdin that received crowdfunding in 2018. The resolution has been improved to full HD and a few other specifications such as the lumens have been changed to lower the price.

The LED ceiling light provides enough light for a eight-tatami mat room. The intensity and color tone can be adjusted. The projector uses a single-panel DLP system, and the projection angle can be adjusted up or down by 0˚ to 18˚. Trapezoid correction is possible up to 40˚ horizontally and 40˚ vertically.

*Crowdfunding requires your own judgment for making any investment.